The weekend saw six teams competing in the inaugural HP30 Class Nationals, in near perfect conditions on Plymouth Sound.

This exciting developmental Class is attracting top professional race teams alongside experienced Corinthian teams, seeking the thrills and demands of sprint style, exciting races, with lots of corners and manoeuvres on the track.

The Plymouth Regatta has been brilliantly organised, by the Port of Plymouth Sailing Association (PPSA), hosted  in conjunction with the Royal Western Yacht Club, attracting more than eighty boats across nine classes.  Rightfully dubbed Britain's Ocean City; Plymouth's enviable location and superb blue water sailing, mere minutes from the marinas, really helps to set a positive tone. Combine the great racing, with an energetic night life and high standards of restaurants and eateries throughout the City and Plymouth Regatta certainly has a bright future.

The HP30 Class has enjoyed ten great races on a perfect windward leeward race track, with three circuits of the course completing each race. With an upwind leg from start, of about 0.7nm, each race took approximately 55 minutes to complete, with boats finishing within seconds of each other, adding to the excitement. 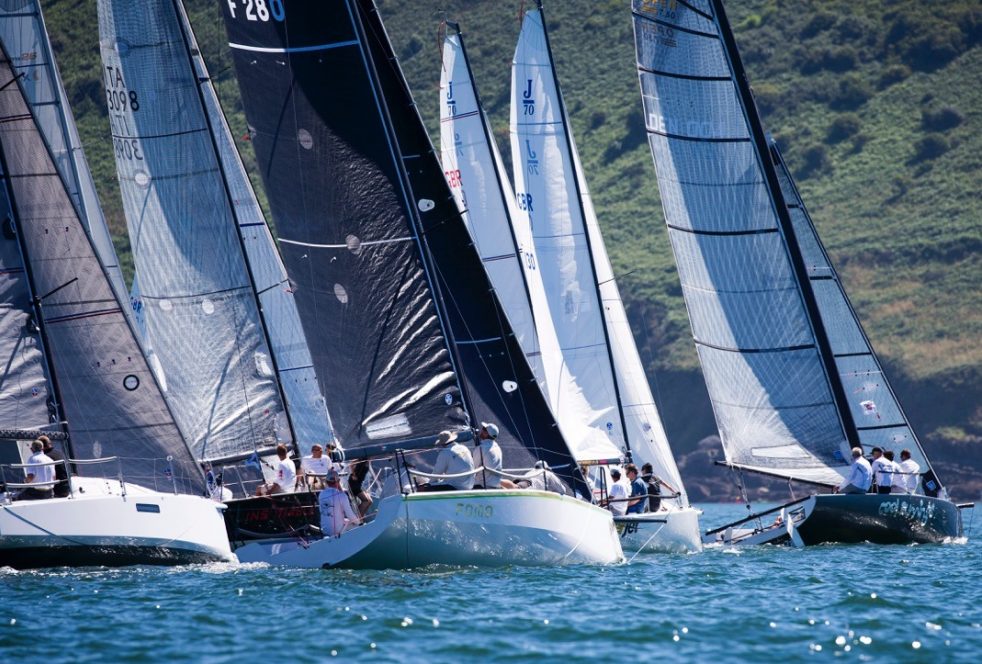 Going into day three, with extremely light conditions forecasted, at least one additional race was needed to trigger the discard.  With the FarEast28 carrying a RTD scoring 7, and lying in joint second place, ensuring that at least one race took place was vital.

After an hours delay, the committee laid a course and race 9 got underway, with the fleet trickling slowly south towards the iconic Plymouth Breakwater.  Cool Runnings held on to the longer boats throughout the race, but on the second lap, Farr30 Insatiable, found a narrow wind channel and rounded the windward mark first and subsequently held on to win Race 9, followed by FOMO, Cool Runnings and Take Care 2.

With the discards now in play Insatiable entered the final race in 1st place, followed by the FarEast 28 second and Farr280 third all on 17 points.  With the new breeze now firmly in at a steady 12 knots, conditions were perfect and with brilliant sunshine Lloyd Thornburg's Farr280, FOMO, skippered by Brian Thompson, went on to win Race 10 and clinch the inaugural HP30 Nationals, by 1 point.

"The racing was fantastically close," commented Brian "it was real nip and tuck, right to the last, with plenty of lead changes throughout.  It was a pleasure to sail against these teams of committed and talented racers and we look forward to plenty more of these competitions in the coming months."

The HP30 Class series now turns attention to Cowes Week, where the fleet will be sharing a start in the mixed sports boats.  With more than ten boats expected for this regatta and the final event of the series, at the Royal Southern Yacht Club in September, there is sure to be plenty more excitement on the water. 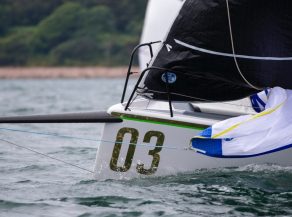